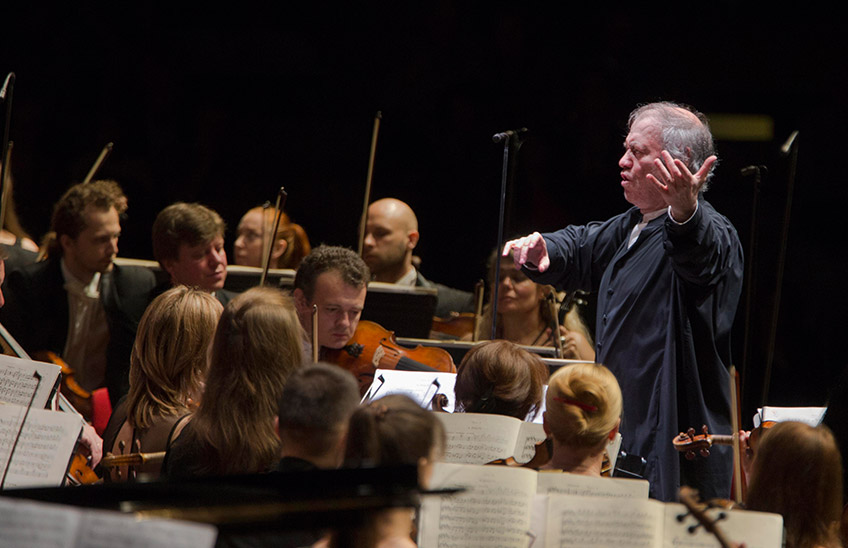 Tribute to Beethoven 250 years after his birth

The score of Beethoven’s Concerto no. 3 for piano and orchestra is inscribed “Concerto 1800”, and came as a sort of personal jubilee at the turn of the two centuries. At the time, the thirty-year-old composer was already suffering from hearing loss, which began in the left ear, and then spread to the right. But for a personality like his, capable of revolutionizing the artist’s craft as well as music, a private celebration marked the watershed between two eras. And thus this Concerto, only premièred in Vienna in 1803, really paved the way to the new century, clearly announced in the assertive and martial entrance of the piano soloist, when the first movement’s main theme is announced in double octaves. Such muscular prowess is no theatricality, but an extremely powerful episode that finds an ethereal counterbalance in the Largo in E major, one of the best chapters in Beethoven’s production. Fully aware of the masterpiece he had created, the composer underlined its importance to his editor in Leipzig, while almost rejecting the previous two concertos as “not his best”. A similar didactic concern emerged in his introduction to his Symphony no. 6 on 22 December 1808, once again at the Theater an der Wien, when he described his work as a “Pastoral Symphony, more an expression of feeling than painting”. Such recommendation might have sounded bizarre but it was far from unreasonable, since the “pastoral” style was worn out and seen as trivial by the beginning of the XIX century. Yet, Beethoven devoted all his energy to demonstrate that it was not so, and that even the abstract logic of sonatism could voice his ode to Nature.