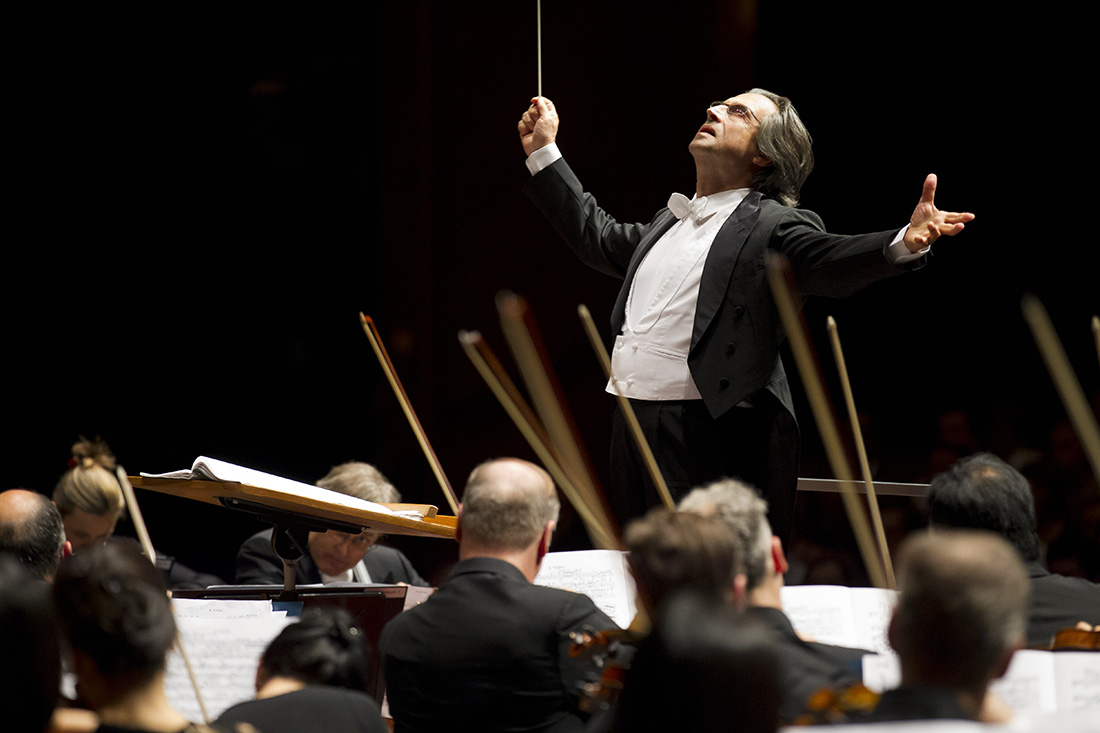 July 1990: on a stage set up inside the Rocca Brancaleone fortress, Riccardo Muti raised his wand to open the first edition of the Ravenna Festival. Thirty years later, that very place will host music’s return to the Italian stage since the Covid-19 lockdown, when Italians and citizens worldwide were invited to self-isolate at home while theatres were closed and orchestras were silenced. Italy will start again from here, from a 15th-century Venetian fortress in the heart of Ravenna. The first sign of hope and unwavering confidence will come from Maestro Muti, who, once again, will stand on the podium of “his” Cherubini Youth Orchestra to conduct his favourite Mozart. The programme opens with Skrjabin’s Rêverie op. 24, a miniature orchestral work composed in total secrecy in 1898 and enthusiastically received by Rimsky-Korsakov. From here it shifts to Mozart’s virtuoso showpiece for sopranos, the famous motet Exsultate jubilate, composed in Milan in 1773 and now entrusted to the talented Rosa Feola. This will be followed by the ecstatic lyricism of Et incarnatus est, from the Great Mass in C minor: an almost pastoral scene, permeated by a naive, pure, unconditional love for humanity. And then, projected into the future, here’s Mozart’s symphonic bequest: leaving his failures and disappointments behind, the composer found a source of miraculous vitality and delivered a score of majestic, Olympic greatness, well deserving its nickname of Jupiter.

Before saying a few words, I would like to thank the President of the Senate, the Minister of Culture, the Governor of the Emilia-Romagna Region, Mayor De Pascale, and also a most welcome guest, the General Director of UNESCO, for their presence. Speaking of the UNESCO, I wish to start from the fact that Ravenna boasts 8 UNESCO monuments. This apparently small city was a capital city three times through its history, of the Western Roman Empire, of the Ostrogoth Kingdom, of the Byzantine Empire. This evening Ravenna doesn’t forget its past and its ardor, and it is the first to bring music back to the stage. When I say “the first” I don’t mean that there is a second or a third, and yet it is an important act, and act of courage. We must thank the Ravenna Festival, the Minister, the Governor, the Mayor, but also the musicians of the Luigi Cherubini Youth Orchestra, who, though in compliance with the regulations, have worked together and tonight play in circumstances which are far from ideal. Two musicians, and not one, should sit at each music stands; four hands should turn the pages, and now each one of them must do it alone. So they fully deserved your applause. Still there are many elements to make us hopeful, to make us believe that the dream we have lived can turn into a beautiful reality. A refined music expert could wonder what Scriabin has to do with Mozart. The explanation is that the work opening the concert, Reverie, is a wish.

Today is the National Music Day, and also the summer solstice; this year we celebrate Dante Alighieri, and we also pay tribute to Raphael. All this put together gives you the idea of what this country represents and of its importance. Our musicians have suffered, and so have the musicians around the world. Our thought must go to the musicians of other countries, and to every one of them who is watching us tonight. I want to send my wishes to musicians all around the world: I wish you all the best for the future, with love and friendship.

Subscribe for free to the newsletter of RMMUSIC to access the streaming video of the concert.You will receive information about the latest news and events of Riccardo Muti, as well as exclusive audiovisual content and services reserved to subscribers.