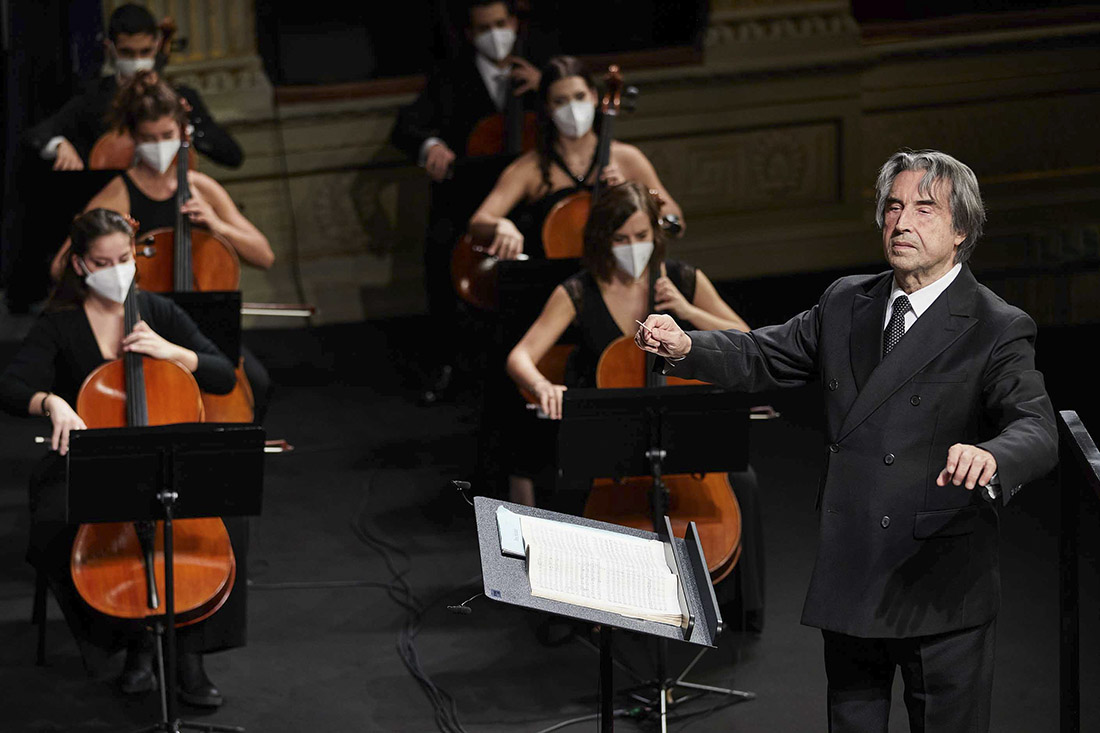 the concert is made possible by the collaboration between Ravenna Festival, Fondazione Orchestra Giovanile Luigi Cherubini, and RMMUSIC

On- and in-ear headphones offers a better experience of the immersive audio recreating the unique acoustic of the Alighieri Theatre, one of the only eight places in the world (and the only theatre in Italy) to which the cutting-edge d&b Soundscape En-space system has been applied.

“I had just recorded Schubert’s Symphonies with the Wiener Philharmoniker when they invited me to conduct for the first time the New Year’s Concert of 1993. Faced with my hesitation, they offered reassurance, arguing that, considering how I had conducted Schubert, I would not go wrong with the waltz and the polka of the Strauss-kind! The comparison feels quite bold, but they consider both Schubert and the Strauss-like composers the most intense and truthful musical expressions of Vienna, the two sides of the same Viennese character. That is possible because a feeling of death can be perceived behind the illusory smile of Strauss’s sparkling dance music; in much the same way, the shadow of tears and death lurks beneath the divine melody which permeates Schubert’s pages, even in the most serene and transparent among them.
The subtle and complex duplicity that, according to Riccardo Muti, embodies Schubert’s Viennese nature may not be entirely explicit in the composer’s Symphony No. 3, a creation which stands midway among his early symphonic works. It is not explicit because in this 1815 score, born in the midst of an incredible host of Lieder (almost 150 that year), the cantabile quality and the freshness of the melodic invention which unfold after the tense introductory adagio are immediately perceivable, to the point that many critics remarks, together with its typical Viennese dance inflections, its Rossini-like tone. In short, this orchestral model, still faithful to Mozart and Haydn, does not anticipate the deep, sorrowful expressive matter which was already present in the Lieder and will represent the very core of his later Symphonies, the one in C major known as the “Great, and the “Unfinished” in particular. The latter, notwithstanding what the epithet suggests and its only two movements (of the third, only a few bars remain), is not incomplete. The first eight bars, cellos and double basses, rise from the depths of sentiment, marking the achievement of a brand new quality level in the theme as well as in the harmonic texture and timbre nuances: it is a gaze turned on uncharted lands, beyond which one can only stop.
Here is a curiosity: never performed while Schubert was alive, these two symphonies crossed paths (and fates) when, in 1865 Vienna, the first performance of the “Unfinished” featured the last movement of the youthful Symphony No. 3 as its finale.